A Day Out to Warwick Castle 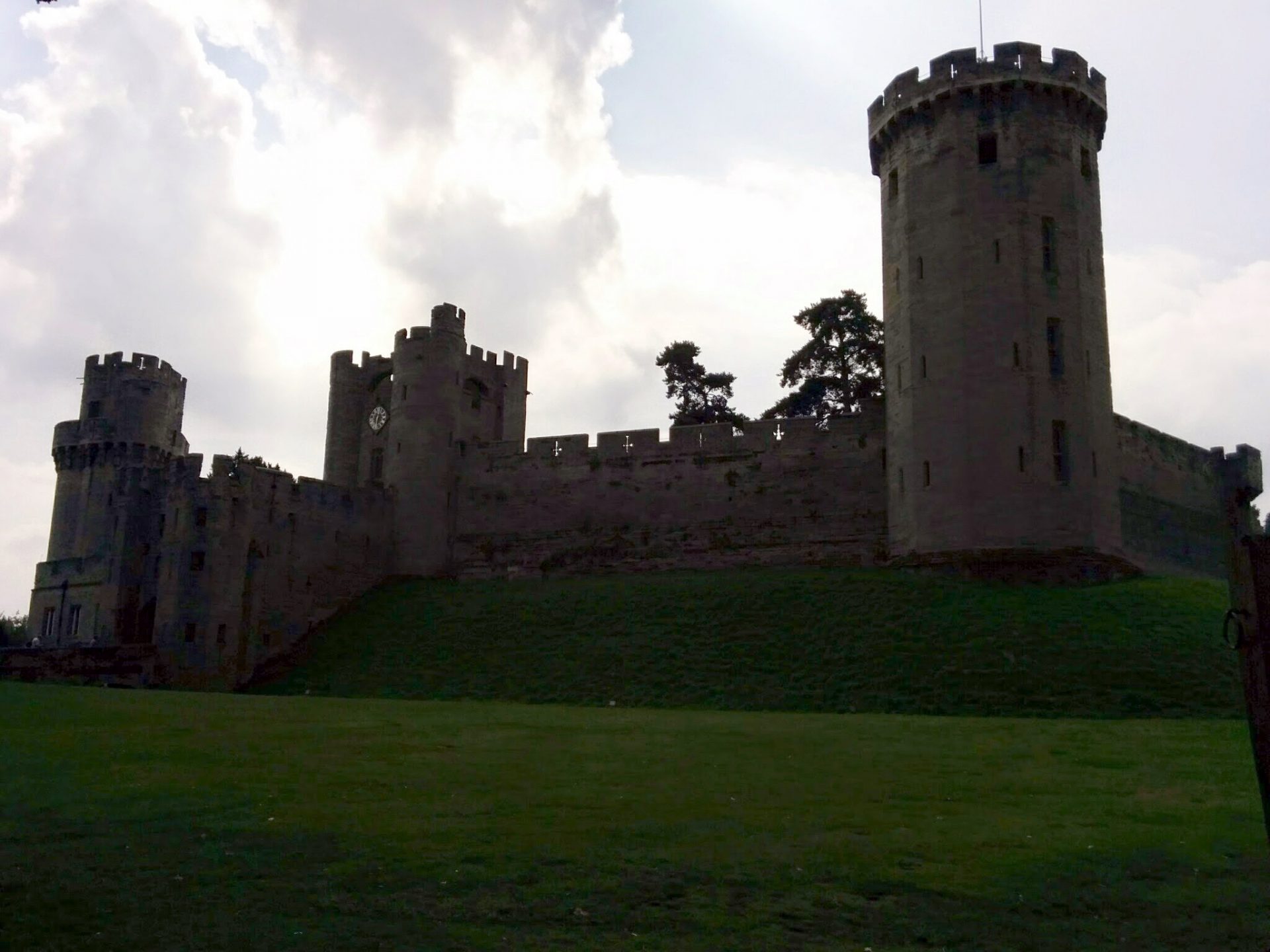 It’s been a long time since Sarah and I did anything really fun together as for the past few months our lives have been completely dominated by moving house followed by a complete overhall of the place, painting and decorating every room and having the entire place recarpeted due to the previous occupants’ clearly incontinent cat (at least I’m hoping it was the cat..). That’s meant every weekend has been pretty boring.

As a result, we decided to take a few days off work and spend some time together doing something fun local to where we live. As we live in Milton Keynes, Warwick is about an hours drive up the road so we thought what better way to spend a day than re-living our childhood memories with a day at Warwick Castle!

As a nearly 30 year old guy I’ve got to say I was kinda expecting the castle to be fully geared around kids as I had remembered it from when I last visited when I must have been about 14. I was completely wrong however as we had a fantastic day.

The castle was built in the year 914 and so this was a pretty special time to visit with it being its 1,100th birthday… (1,100 years!!) Warwick Castle has had an incredible amount of restoration put into it over the years and for that it gives tens of thousands of vistors the joy of going back in time to experience what medieval life would have been like.

The castle really is an access all areas environment and throughout the Great Hall and State rooms there’s very few areas that you aren’t able to explore. All of the rooms have been really well presented and what’s great is that you can get really close to everything to take in all of the detail and atmosphere of the place.

Below the State Rooms and Great Hall there is a full attraction set up titled, “Kingmaker: Eve of Battle”. This exhibit tells the story of Richard “Warwick The Kingmaker” Neville who is preparing his army for battle in 1471.

Read more about the Kingmaker exhibit on the Warwick Castle website here.

One of the main attractions of the castle is obviously the various towers and ramparts that make up its construction. Some of the towers are incredibly high, especially Ceaser’s Tower (44.8m) which sits on the front side of the castle nearest the river Avon, and Guy’s Tower standing at 39m tall which is the first one that welcomes you upon entering the castle grounds.

Flight of the Eagles – Birds of Prey

Now I have to say that I was pretty excited about the Birds of Prey show. Unfortunately we missed the start of the afternoon show as we were running out of time to see all of the castle but we did manage to catch the back end of it from where we were stood on top of The Mound.

As it turned out, our position on The Mound was a pretty good one as it got us incredibly close to the birds as they were flown from a mounted tree platform on one side of the arena right up to the ramparts where we were stood.

The show was great and made even more entertaining by the fact that the birds weren’t behaving with one sitting in the top of a tree and not moving for a good 15 minutes whilst another refused to swoop down for food, instead favouring circling high up above everyone.

The most spectacular of the birds was the Andean Condor. This is the only UK’s only free-flying Andean Condor and is the world’s largest bird of prey with a wingspan of over 10 feet! It was enormous and so large and heavy that it struggled to gain enough speed and momentum swooping from the ‘low’ castle walls to carry it from one side of the arena to the other!

Sarah and I decided to round off the day by going on the “interactive tour” around the The Castle Dungeons. This is exactly how it sounds incidentally – people dressed up in costumes making you jump at every possible turn! I won’t spoil the experience for those of you who may be planning a visit but needless to say it was fantastic – educational, jumpy, fun and certainly memorable (I won’t forget Sarah being put on trial for dancing naked on the hill anytime soon, haha).

And then there was more!

There really is so much to do at the Castle that despite spending an entire day there we were struggling to fit it all in. We spent time in the Bear Tower, grabbed a bite to eat (the less said about that experience the better – bring a packed lunch!), visited the Gaol (jail), saw loads of peacocks, explored the Rose Garden and wandered down to The Mill & Engine House before finishing the day with a must have Warwick Castle selfie!

After a long day at the Castle, Sarah and I headed into Warwick for dinner, ending at The Rose & Crown after a recommendation from a friend. A pricey establishment but a great meal and great service so no complaints!

I think Warwick Castle is one of the best days out money can buy and having now experienced it 15 years beyond my last visit I can honestly say it’s a perfect day out for anyone. Highly recommended and well worth the visit, plan your next trip here straight away!