A Day at the MK Feast, Milton Keynes 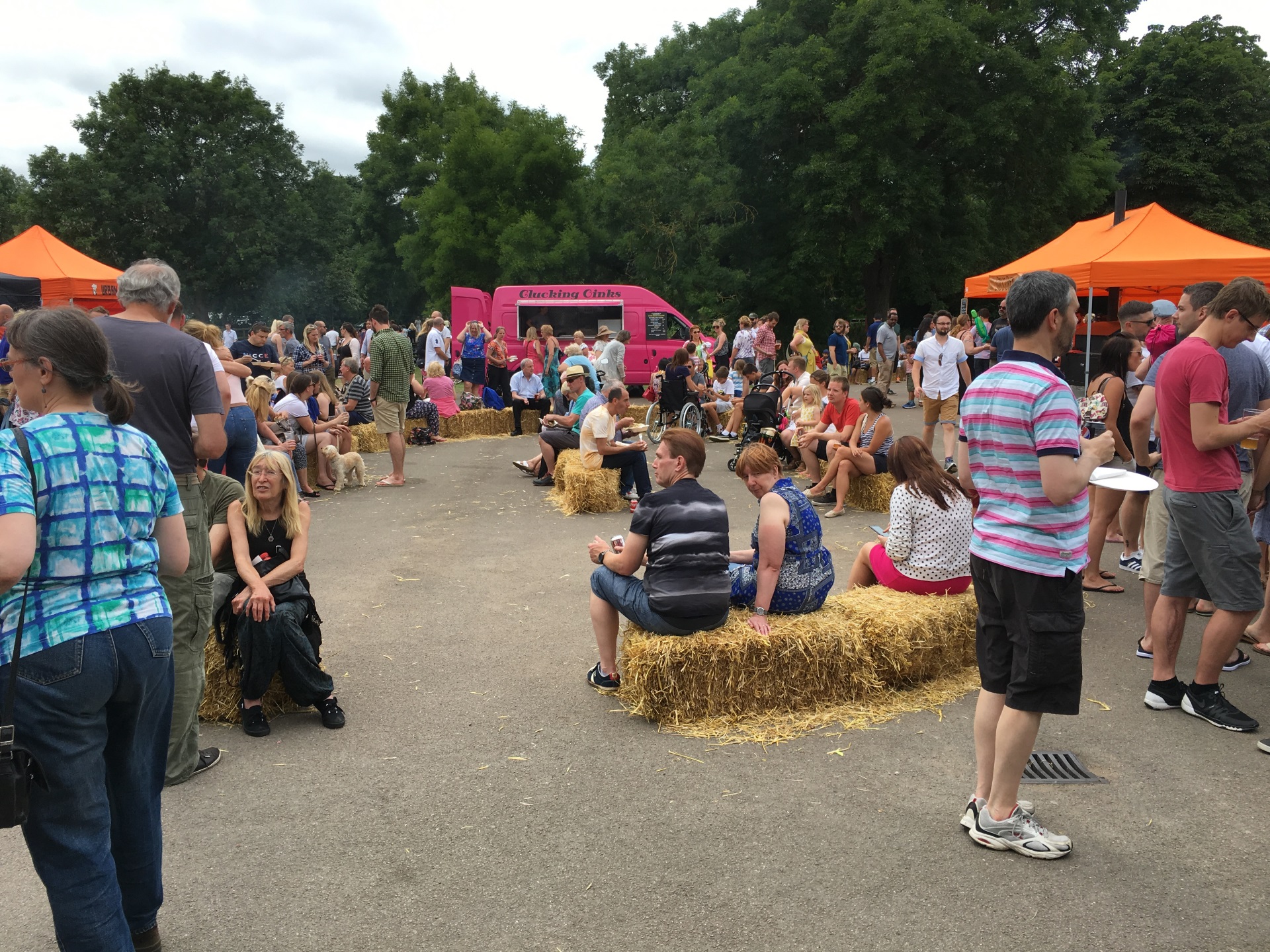 With the sun shining and an afternoon spare, yesterday Sarah and I headed over to the MK Feast in Bradwell Abbey, Milton Keynes. The event was positioned as a fun family day out with food stalls and locally produced products.

I had no idea how busy the event was going to be but having to park pretty far down the road when we arrived was a pretty good indication!

At the feast there was as you would expect, a lot of food vans, ranging from Gourmet hot dogs to the extremely popular Mexican nachos – that queue snaked halfway around the venue! What was really nice however was that the food was being served from classic vans which had been tastefully restored and decorated up.

Amongst the food stands there were a lot of other things going on for families with kids. Outside in the courtyard there was a magician/clown/balloon modeller (I’m not sure exactly what he was!!) to keep kids entertained…

A band duo were playing all day to provide some entertainment and there were loads of hay bales scattered around for seating.

And outside you could spot a pony or 2!

Inside one of the barns there were some stands selling locally produced soap, meats, honey, smoothies and chocolate. Needless to say I spent a fiver and bought 6 chocolates!

The second barn at the venue housed the bar, offering IPAs from locally produced breweries including the Concrete Cow in Milton Keynes and the Leighton Buzzard brewery.

After considering whether or not to have a beer for all of 10 seconds, I opted for a Cock n Bull which was pretty damn good.

And Sarah opted for a bottle of cider…

And with that we sat on the grass, relaxed and took it all in.

This was my first time to the MK Feast and I think I’ll definitely be heading back.

If you’re looking for a fun day out with music, food and a great atmosphere make sure you keep an eye out for next years event. Alternatively, if you’re looking for something else to do, take a look at my coverage of other things to do in Milton Keynes.