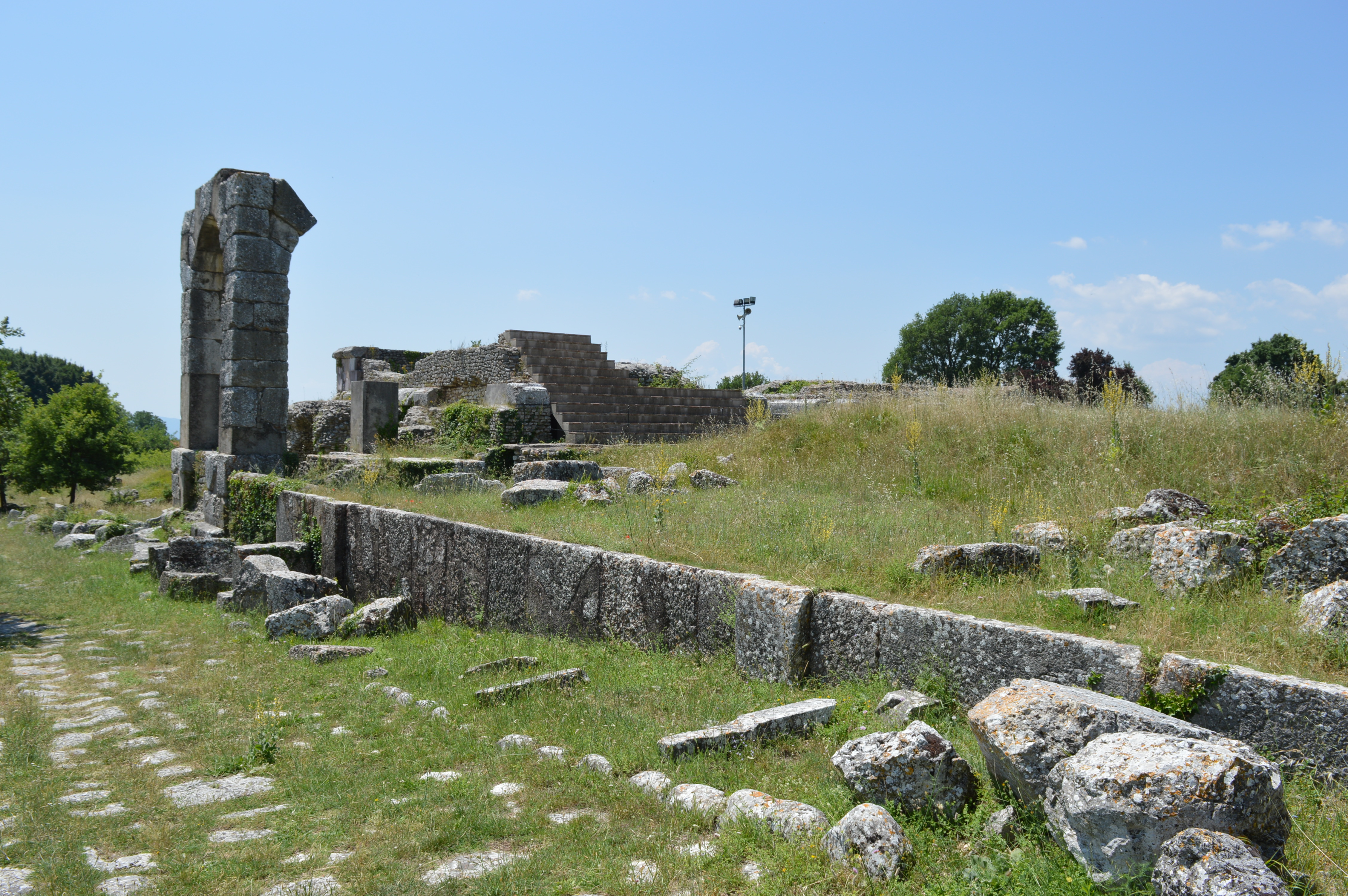 I recently visited Italy for my summer holiday and this year Sarah and I decided to hire a car and explore towns and cities within both Umbria and Tuscany. On our travels through Umbria there were loads of places to visit having used Trip Advisor to identify key areas to look at and one place that stood out as a worth a visit were the Carsulae Roman ruins at Terni.

Carsulae was founded around 300 BC and grew into a major town with a creation of a major ancient Roman road in 220-219 BC, the via Flaminia. This meant the site had a lot to offer from numerous ancient building ruins to an amphitheater.

Arriving at the car park for the site it was easy to think that the place was closed. The car park was completely empty, there was a single building with no-one in it and ticket machine that was turned off.

On closer inspection however the boards indicated that the archaeological site was located a short walk down the hill along with the visitor centre.

The visitor center offered an insight into Roman life, presenting a number of recovered artifacts and boards of information to read. There was also the standard set up of gift shop and cafe if you required it.

From the visitor center the ruins are about a 5 minute walk across a field which is an easy route under foot. The day we went the heat was almost unbearable so what should have been 5 minutes took about 15 accompanied by a lot of complaining about the heat and lack of shade on offer! Once at the site however it was certainly worth the trip.

On the day we visited the site was completely empty with Sarah and I being the only visitors there. Reading through the various experiences of people on Trip Advisor it appears that the site rarely gets busy with many stating a similar situation so be prepared to roam the site freely and uninterrupted.

The back of the amphitheater was cordoned off (repairs??) so we couldn’t access that part of the site. Similarly a lot of the routes between the ruins were completely overgrown which made some of the areas inaccessible – there were gardeners on site strimming the grass but on our visit it didn’t look like it had been done for quite some time which was a little annoying.

That said, overall I really enjoyed Carsulae, The heat made it difficult to really take everything in as we were rushing around a bit but it was a great way to spend the late morning and would recommend taking a look if you are ever in the area.